Delegate Jason Miyares of the 82nd District is proposing House Bill 4031, a Red Flag bill for the Commonwealth. 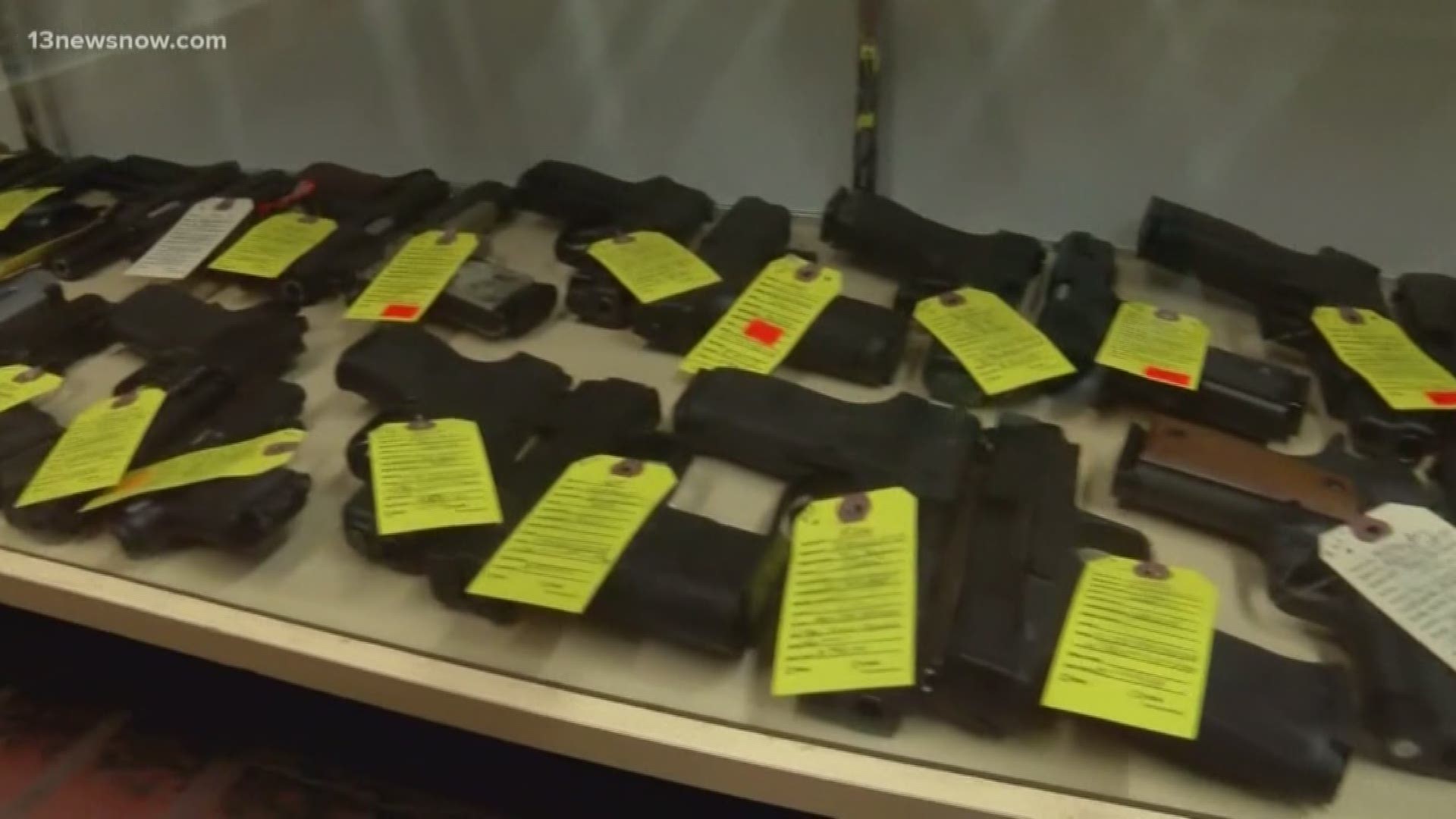 "We must make sure that those judged to pose a grave risk to public safety do not have access to firearms and that if they do, those firearms can be taken through rapid due process," he said earlier this month.

At least 17 states have "Red Flag Laws." Virginia is not on that list.

However, following the Virginia Beach shooting, Delegate Jason Miyares of the 82nd District is proposing House Bill 4031, a Red Flag bill for the Commonwealth.

"The goal is all of these mass shootings we're seeing, the majority of them, are people who have serious, serious mental illness and how do we protect their due process rights but make sure they're not getting access to weapons that are leading to this carnage," said Del. Miyares.

He said in his bill, if a person identifies someone who is a threat to themselves or others, they can notify the police to investigate.

If police deem the person a threat with probable cause, then they will appear before a judge, who will refer them to a mental health expert, if necessary.

"You literally are both getting this individual the help they need, but then the judge will confirm with a mental health expert a severe threat order where they're not allowed to buy a firearm or possess one," said Del. Miyares.

He thinks the bill has a balance of due process and constitutional rights while keeping guns out of the hands of those who can be dangerous due to mental health. Delegate Miyares believes that can bring both sides of the aisle together.

Kidd said some delegate seats are up for election this November, so that may have an impact on votes for the bill. But, he thinks following the Virginia Beach tragedy, it speaks volumes to see a Republican bring up this bill.

"They want government to solve problems, and a big problem for a lot of people right now is gun violence, and that is especially the case in Virginia Beach right now," said Kidd.

"This is the time where you kind of have to shed your partisan label and say okay, how are we going to put something sensible that balances the concerns of both sides and find the middle path forward," Del. Miyares told 13News Now.

Delegate Miyares' 82nd District seat is up for election this November.

His challenger is Gayle Johnson.

In a statement to 13News Now regarding Delegate Miyares' bill, she said:

"Delegate Miyares's proposal puts guns before our civil liberties, risks further stigmatizing mental illness, and fails to create a durable solution for at-risk individuals. Compared to alternative Red Flag laws proposed by Governor Northam or Delegate Rip Sullivan, his proposal is fiscally irresponsible and ethically questionable. I believe there are other ways to protect our citizens that don't involve throwing gun owners in jail."

Delegate Miyares is bringing this bill to the Crime Commission on Tuesday in Richmond.