Woman shot herself in the mouth while handcuffed, medical examiner says

According to Chesapeake police, 19-year-old Sarah Wilson was handcuffed during a July 2018 traffic stop, then somehow got ahold of a firearm and killed herself. 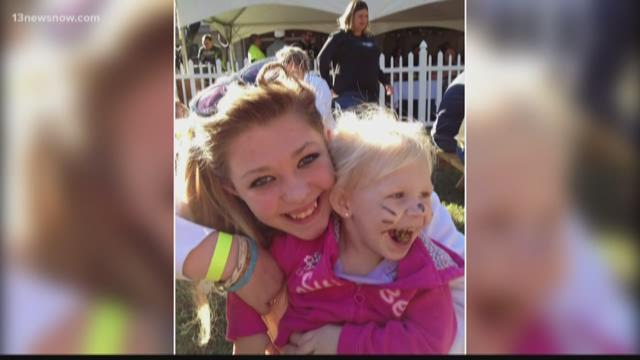 CHESAPEAKE, Va. — A 19-year-old woman died by shooting herself through the mouth while still handcuffed during a July 2018 traffic stop, according to the Medical Examiner's Office.

Donna Price, the administrator of the chief medical examiner's Norfolk office, confirmed on Friday that Sarah Wilson shot herself in the mouth on July 25, 2018.

Chesapeake police said Wilson used a handgun inside a car to shoot and kill herself while handcuffed during a traffic stop.

Wilson was traveling in the car with her boyfriend, Holden Medlin, when they were stopped by police.

In a 13News Now story from Aug. 1, 2018, Chesapeake Police Department Spokesman Leo Kosinski said an officer tried to handcuff Medlin and a struggle between the two ensued.

Kosinski said another officer left Wilson by the car to help, and that's when "during the struggle, the body cam gets knocked off, hits the ground, goes offline.”

Police said it was during that struggle that Wilson – still in handcuffs – allegedly moved toward Medlin's car and gets back in, reaches for a gun, and shoots herself.

An investigation has been launched into what happened, Kosinski said.