After much debate and deliberation, the Virginia High School League has made a ruling on 2020 school sports: sports can go on, but not until December. 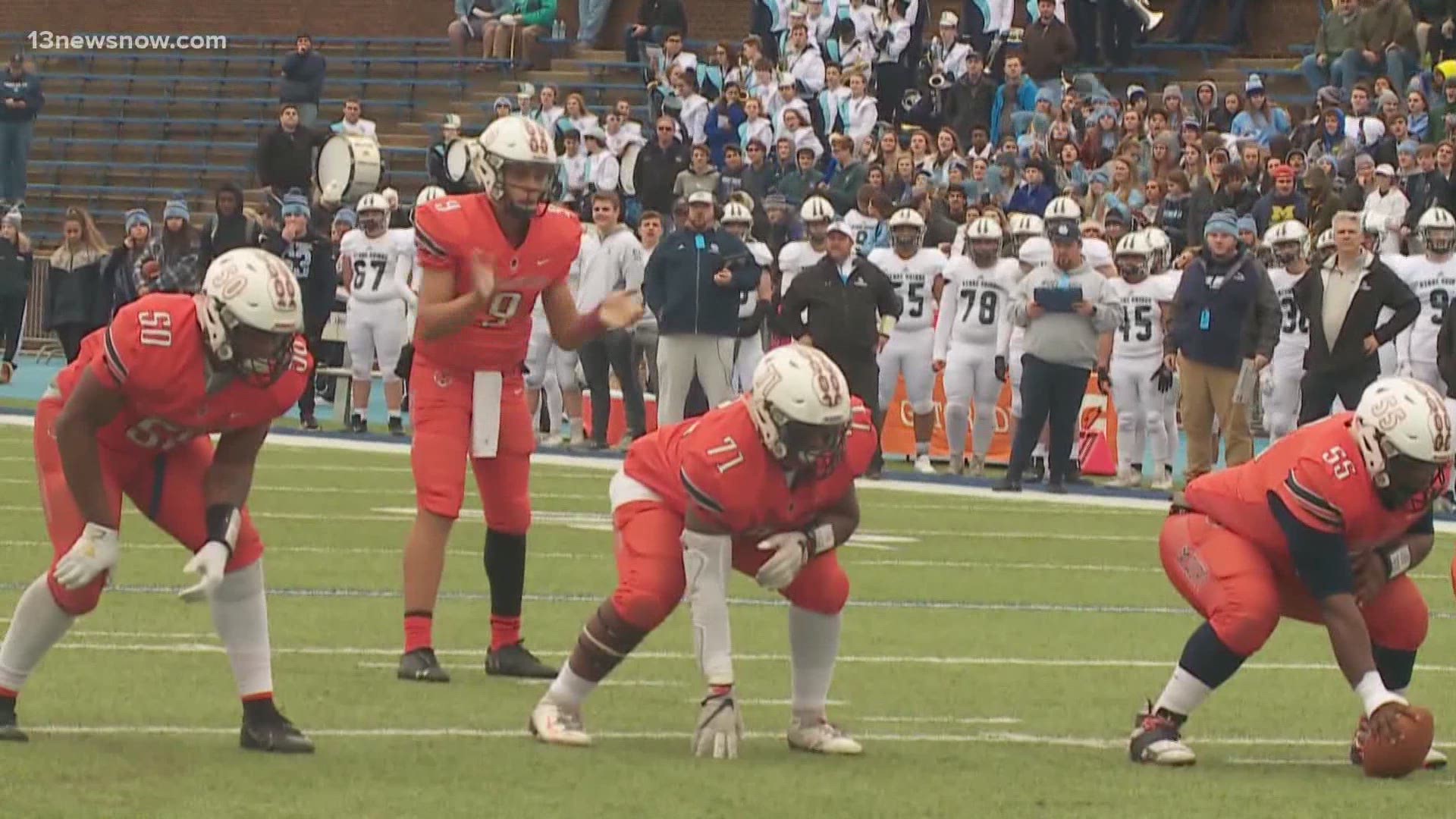 NORFOLK, Va. — After much debate and deliberation, the Virginia High School League has made a ruling on 2020 school sports: all sports can go on, but not until December.

The adopted plan puts the first football game of the year in March, at the earliest.

The VHSL considered several models for school sports this year, taking into consideration the unknown risks of coronavirus. On July 27, the league voted to go with "Model 3."

Delay all VHSL sports and adopt the Condensed Interscholastic Plan. Leave all sports in the season where they are currently aligned.

A release from the committee said the vote was 34-1 in favor of the plan, with one member abstaining.

Dr. John "Billy" Haun, the executive director of VHSL, said the committee wanted to give schools a chance to adjust to new pandemic-related challenges, like schedules and transportation concerns, before jumping into athletics.

“We all understand the physical and mental health benefits of getting our students back to a level of participation," Haun wrote. "The Condensed Interscholastic Plan Leaves open the opportunity to play all sports in all three seasons if Virginia moves beyond Phase III and/or Phase III guidelines are revised and High Risk Activities are allowed."

“The goal in all our discussions has been to provide our student-athletes and activity participants the best opportunity to return to the playing fields, courts, track, and stages during this school year in a safe environment as possible," Butler said.

Under Model 1, football, cheer and volleyball would have been scrapped for the year, since those sports use more person-to-person contact. Under Model 2, the league would have flipped fall and spring sports seasons, starting with sports like tennis and baseball that traditionally use less contact.

RELATED: VHSL decides to "punt" on plans for fall sports