Virginia State Police said the driver of a box truck started the wreck that involved 5 vehicles. As a result, another driver died. 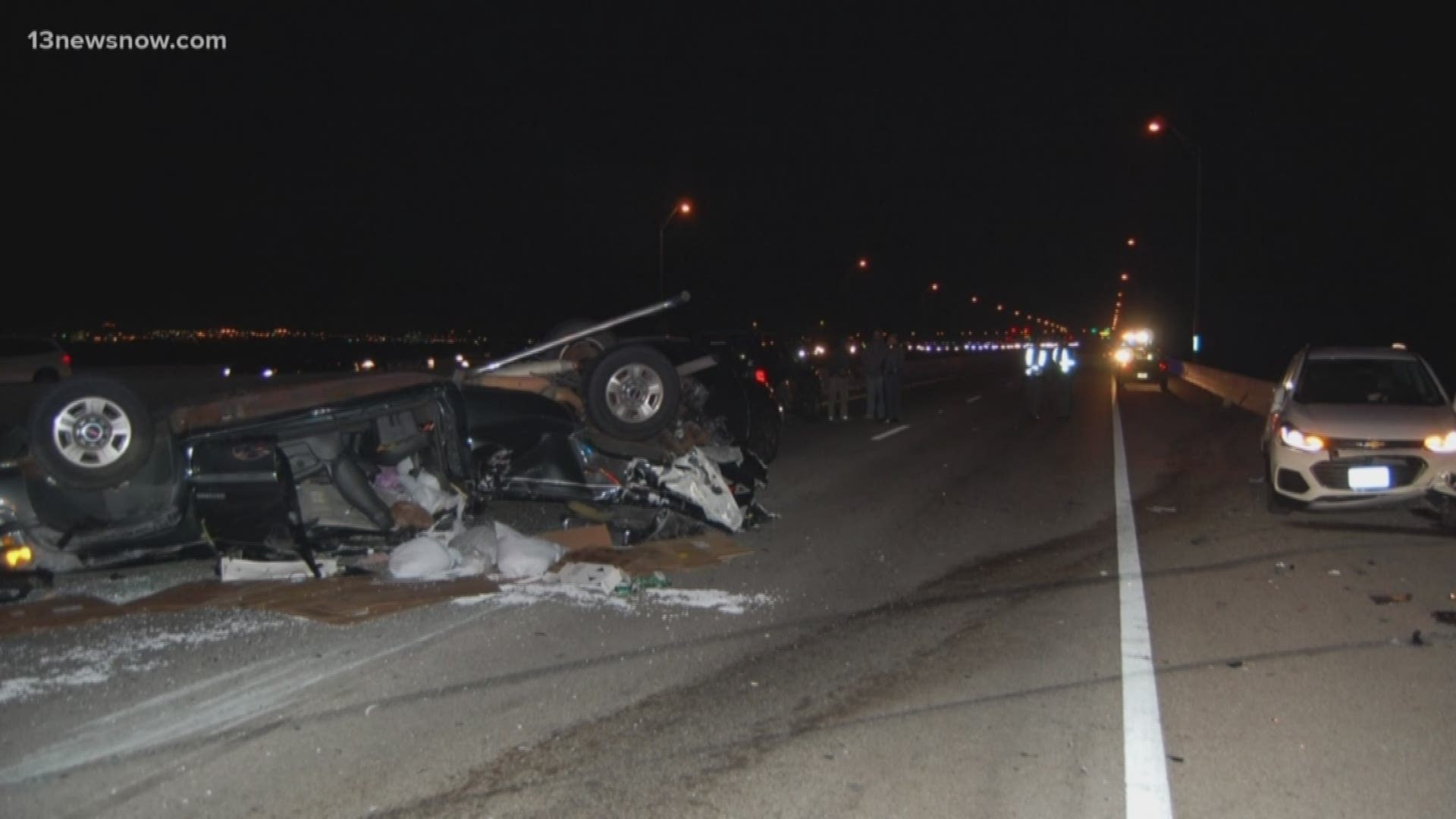 HAMPTON, Va. — Virginia State Police said the driver of a box truck is facing a charge after a five-vehicle crash on the Monitor-Merrimac Memorial Bridge-Tunnel killed another driver.

The impact caused the Ford to rear-end 2020 Kia Sportage.

The driver of the GMC, 57-year-old Karen Loiuse Grieser of Hampton, was hurt and died at the scene.

The charge against Beam is Reckless Driving.

RELATED: Robbers steal car in Suffolk, crash it on the Western Freeway