Virginia State Police said traffic on the interstate is back to pre-pandemic levels. Troopers are urging drivers to pump the brakes. 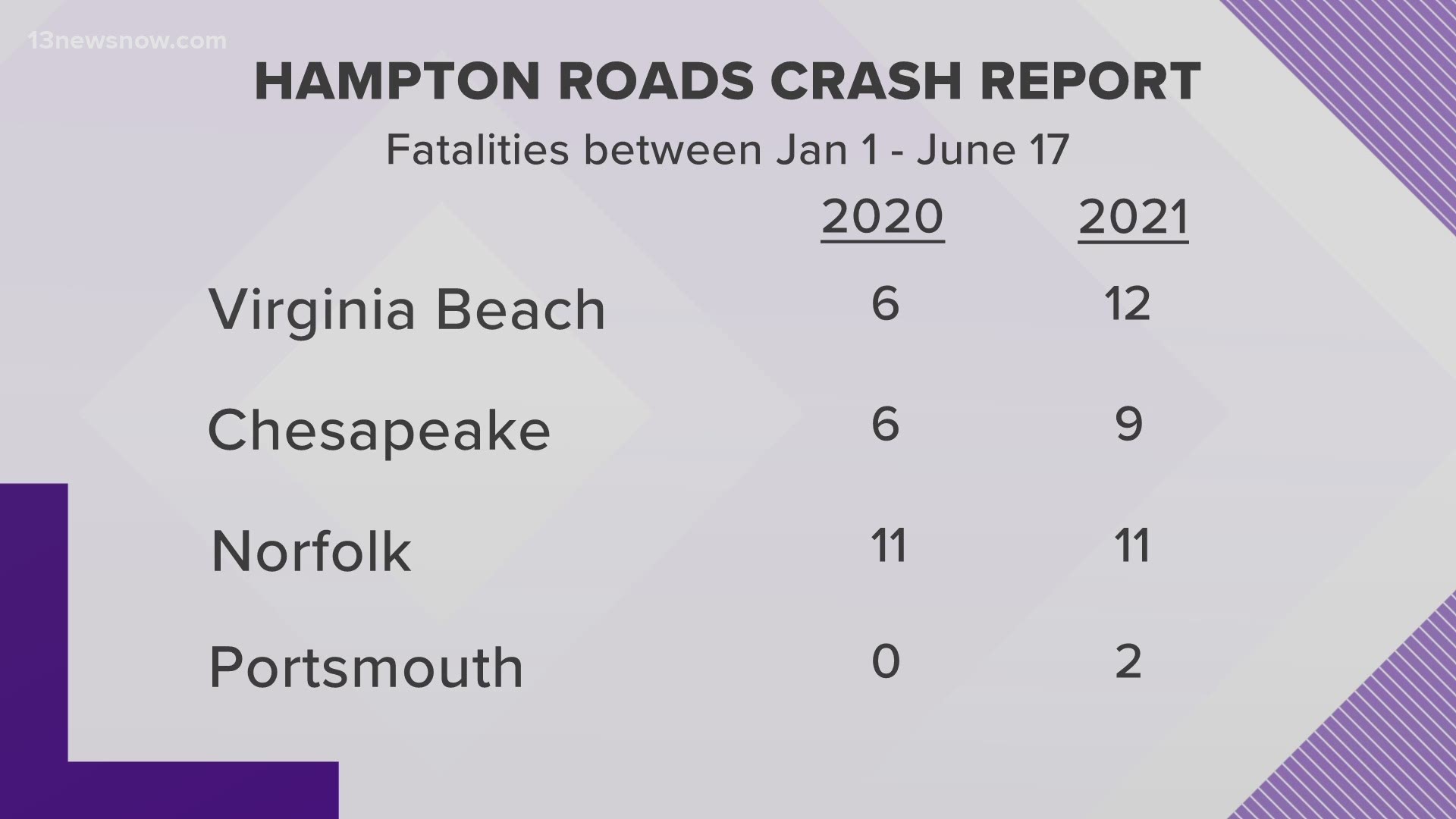 HAMPTON, Va. — The pandemic has limited mileage for many, but as restrictions lift, you may have noticed you're sharing the road with a lot more drivers.

Virginia State Police said traffic on the interstate is back to pre-pandemic levels.

Troopers are urging drivers to pump the brakes, because they said over the last few months, reckless drivers have taken many lives.

“This morning we did pull someone over in excess of 100 and they were running late for work,” said VSP Sgt. Michelle Anaya.

“People weaving in and out of traffic, trying to get from point A to point B in excess of speed,” Anaya explained.

They aren’t afraid to slap you with a heavy ticket to save a life. Anaya said drivers’ carless decisions were having a heavy impact.

“We are aware that our fatalities rate [is] higher than normal,” Anaya said. “And that the trooper’s responsibility is to make the roadways safe. And in doing so, we pull people over for speeding and other reasons, vehicle-wise.”

FATAL CRASHES UP: Pre-pandemic traffic levels are back! With that, Virginia State Police say many people out on the roads are choosing to drive recklessly and it’s costing more people their lives. We break down the deadly increases by city at 5:30 #13newsnow pic.twitter.com/8dWbovuOV6

Virginia DMV’s Traffic Records Electronic System shows that while the number of crashes were down across Hampton Roads compared to 2020, the ones that happen are more severe.

In Virginia Beach fatalities went up from six last year to 12 this year. Chesapeake went from six to nine. Norfolk was consistent with 11 in both years, and Portsmouth increased from zero to two.

Further breakdowns showed many of the fatalities occurred in the last three and a half months.

However, Newport News, Hampton and Suffolk did not see an increase in deaths.

“There are a significant amount of projects going on across the Hampton roads region,” said VDOT Senior Communications Officer Jordan-Ashley Walker. “Essentially this is construction season.”

Drivers have to share the road with construction workers, too. VDOT Officials said they have over 700 lane closures this week, and they urged people to take it slow through work zones.

“We always hear from our workers, from our contract workers, stories of near misses, stories of actually being hit, having a car hit for example,” Walker said.

Anaya said following the speed limit will only get you to your destination faster.

“It’s better to arrive alive,” Anaya said. “Call your supervisor and tell them you are running late because of traffic.”

In Virginia, driving more than 20 miles over the speed limit is a class one misdemeanor. Your driver’s license could be revoked for a year, and there could be jail time.

The DMV Traffic Reports Electronic System is available to anyone. It's easy to navigate, and even breaks crashes down by cause.