Jail superintendent Col. Jeff Vergakis was not available for an interview, and HRRJ jail leaders did not answer if staffing shortages played any role in the deaths. 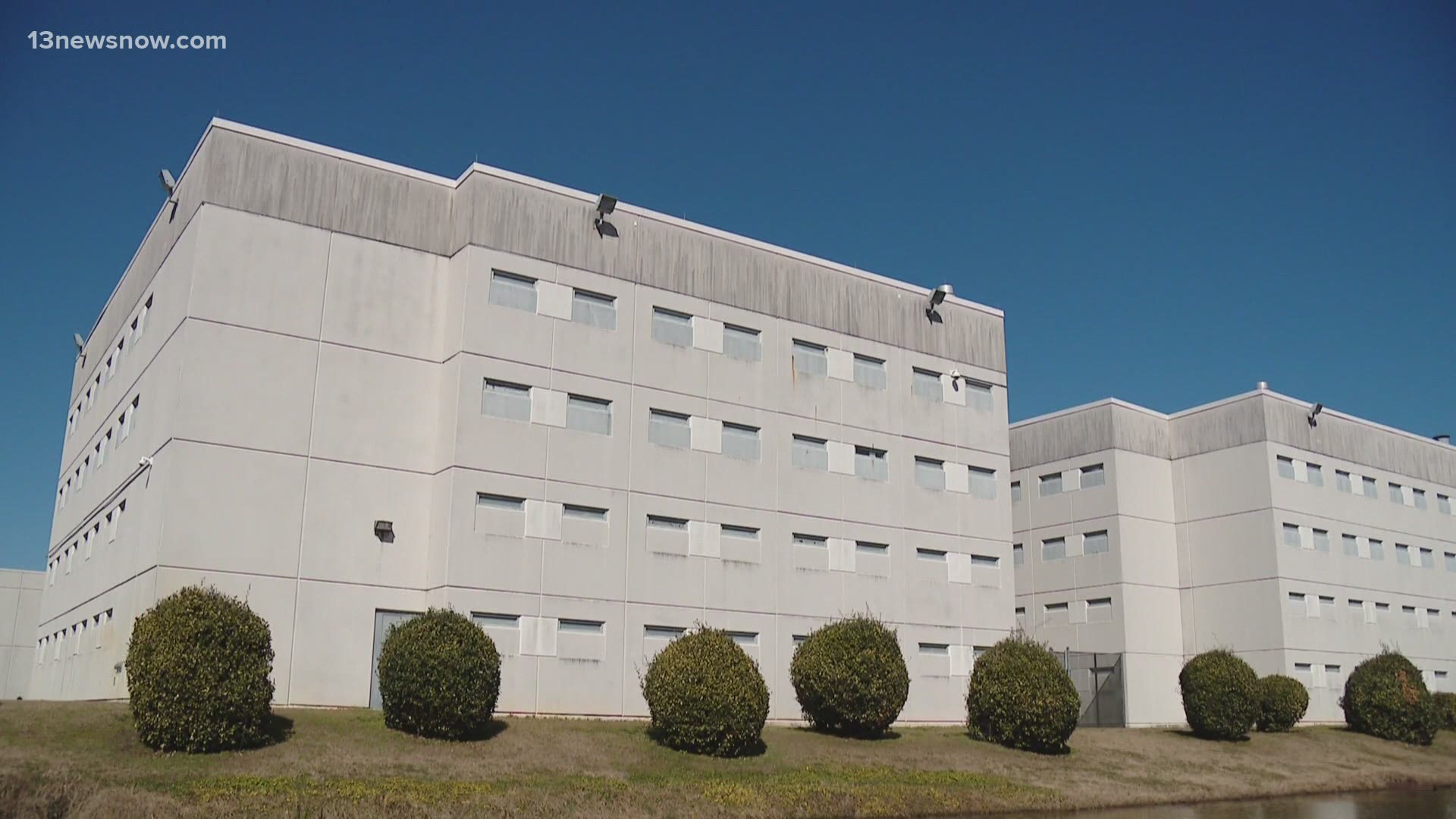 PORTSMOUTH, Va. — The Hampton Roads Regional Jail reports four inmates have died in February – three at the jail and one at a Portsmouth hospital.

The HRRJ said Keith Robinson died on Feb. 4 after collapsing in the jail’s kitchen. William Felton died that same day at Bon Secours Maryview Hospital after months of “end of life care.”

All four deaths were being investigated by both the Hampton Roads Regional Jail and the Portsmouth Police Department.

In a statement, HRRJ leaders said they reported the deaths to show "transparency with the community" and the jail remains "vigilant and steadfast to all of those committed to our care and custody."

New jail superintendent Col. Jeff Vergakis was not available for an interview Tuesday and HRRJ jail leaders did not answer if staffing shortages played any role in the inmate deaths or if jail leadership will make any changes following four deaths in 20 days.

In August, the HRRJ and the Department of Justice announced a consent decree agreement to change the jail’s treatment of inmates - the product of a multi-year investigation into inmate deaths at the jail.

The agreement requires the jail to increase its staffing and provide better medical and mental healthcare for inmates.

A court-appointed monitor is responsible for ensuring the jail is making these improvements and meeting requirements.

Six staff members and one inmate at the Regional Jail were positive for COVID-19 on Tuesday.

HRRJ leaders have not said if any of these four deaths were connected to the virus.