Norfolk police said they received a call for a gunshot victim. When they arrived the victim was dead. Police stayed at the scene from Wednesday night into Thursday. 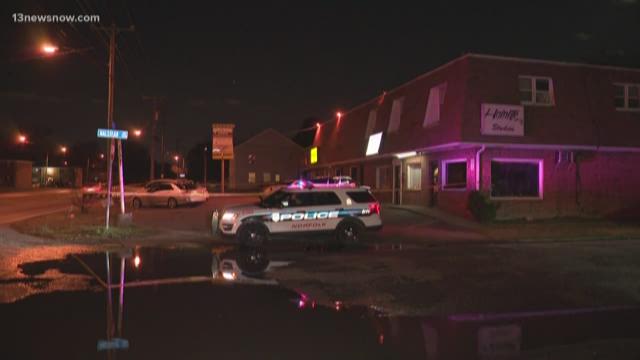 NORFOLK, Va. — A man was shot and killed in Norfolk Wednesday night.

Norfolk police said a call for a gunshot victim in the 5000 block of East Princess Anne Road came in around 10:15 p.m.

When officers got to the scene, they found 47-year-old Thomas L. Christian dead from a gunshot wound.

The crime launched an investigation to catch the man's killer, which lasted more than 10 hours long.

Dominique Gregory, who lives in the neighborhood, described the scene at night with at least eight police cars and officers working.

"It's crazy you know," said Gregory. "Detours, a lot of detours, you know traffic getting jammed up."

Gregory also said he was surprised to see officers for the second time, once at night and once in the morning.

"Wow, they're still here. That's what I'm thinking." Gregory said after seeing the police still at the scene Thursday morning.

Gregory said he's concerned about having a homicide happen so close to home.

"Hampton Roads needs to do better. That's all I can say. It's Virginia, Virginia is for lovers," he said.

Norfolk resident, Kenya Taylor said she saw the police too while dropping off her child at daycare, across the street from the commotion.

"It's crazy because my baby goes to that daycare," said Taylor.

Police are still looking for the suspected killer.

They're asking anyone with information to call the Crime Line at 1-888-LOCK-U-UP.

RELATED: Robbers steal car in Suffolk, crash it on the Western Freeway

RELATED: Woman dies after being hit by car in Norfolk, driver charged with hit and run