After five businesses were stripped of their food permits by VDH officials last weekend for not following COVID-19 guidelines, Mack's Barge in Norfolk is back open. 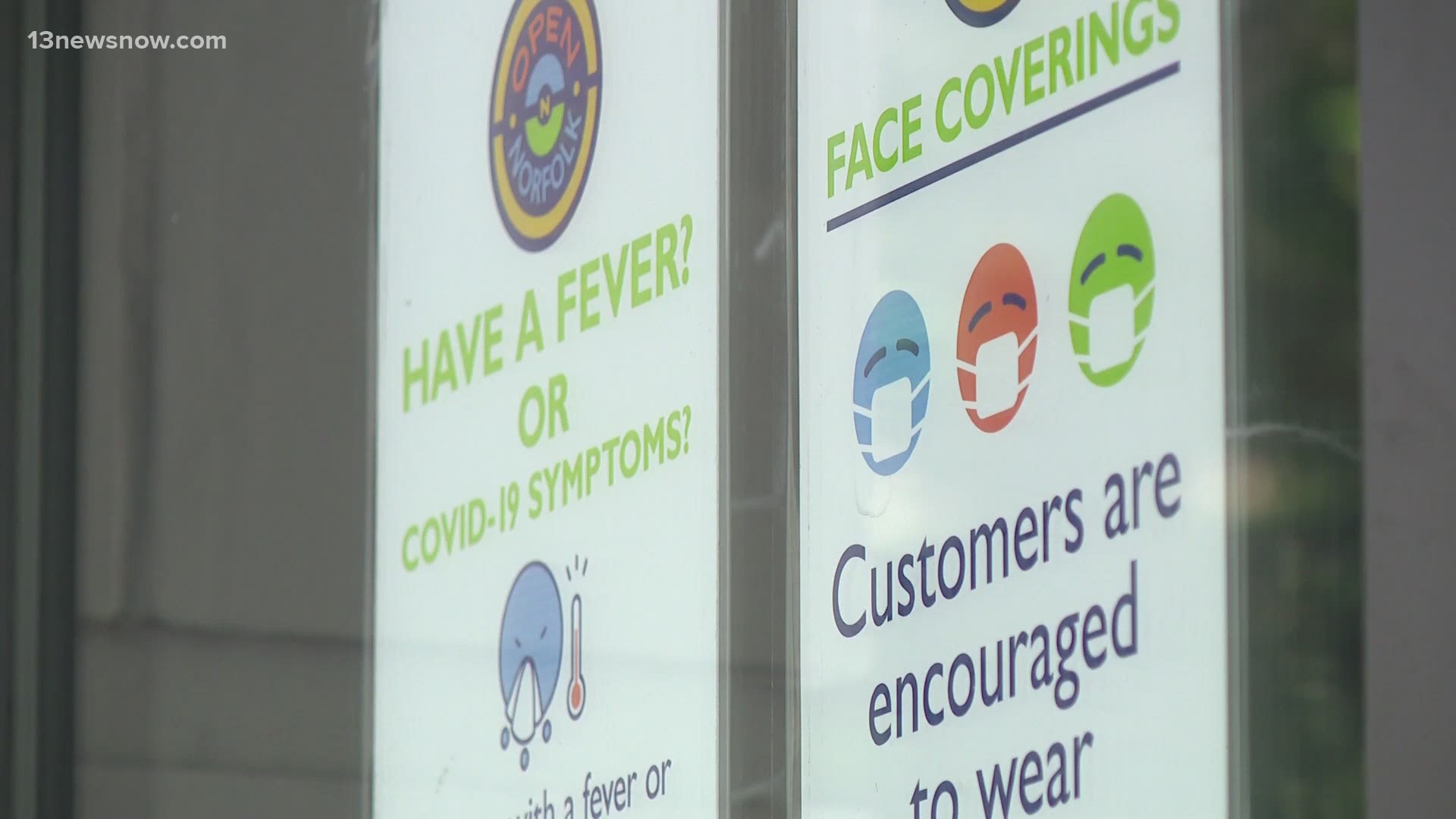 NORFOLK, Va. — One of the businesses penalized by the Virginia Department of Health for not following COVID-19 health guidelines had its food permit restored Wednesday morning.

Mack's Barge, a restaurant on Colley Avenue in Norfolk, is open once again after receiving a temporary suspension of its license that lasted five days.

Over the weekend, VDH suspended permits at three bars and restaurants in Norfolk and two in Virginia Beach.

VDH leaders said they were enforcing Governor Ralph Northam's mandates after receiving complaints about certain businesses. Mack's Barge owner Geoff Fout said his restaurant and staff were doing everything they could to keep up with the guidelines, and he felt frustrated by the suspension.

“We were doing the right thing and we still got shut down," Fout said. “I’m glad that I can run my business again, it’s already been tough enough, we’re probably down 75 percent [in revenue] and this certainly is not going to help matters.”

VDH suspended the food permit for Mack's Barge because of "bar seating by patrons." Fout said there were only two patrons sitting at the bar when enforcement officials arrived. He said he now has to repair the reputation of the restaurant and make up for five days of lost revenue and staff wages.

“There are no more changes I need to make," Fout said. "We have all the signs up, we’re social distancing, we’re wearing the masks, we’re doing everything under the mandate.”

Fout said his restaurant is not like the other bars that were closed by VDH over the weekend: Chicho's Backstage and The Living Room in Norfolk, and The Boxx and Central Shore in Virginia Beach.

Norman Grefe, the Environmental Health Manager for the Norfolk and Virginia Beach health departments, said VDH is ramping up its enforcement of public health orders, especially with the increase of COVID-19 cases across Hampton Roads.

“We’ve been doing a lot of time in the field, phone calls, and education, and basically this is just that next step," Grefe said. "This is just one step, one approach to see if there’s a way we can mitigate this potential rise in cases.”

“We'll work with the operator to make sure they can get into compliance, that they have some sort of plan in place, corrective action," Grefe said. "Once we’re comfortable with where they are we can go ahead and lift the suspension and let them reopen.”

Fout said a pulled license can be devastating for a business.

“When they tell you they don’t know when they’re going to reinstate you... well, imagine trying to run a business in that facet," he said. "When they allow me to reopen, am I going to have product to open up?"

“If I’m not here and I get a phone call from the restaurant, the first thing that pops up in my mind is, 'Is the health department there?'" he said. "I shouldn’t be worried about that if I’m doing the right thing.”

VDH has an online complaint portal for people to report businesses and locations that may not be following the Governor's mandates.