The group has already begun gathering, but De'Andre Barnes said he was disappointed after attending one of the meetings. 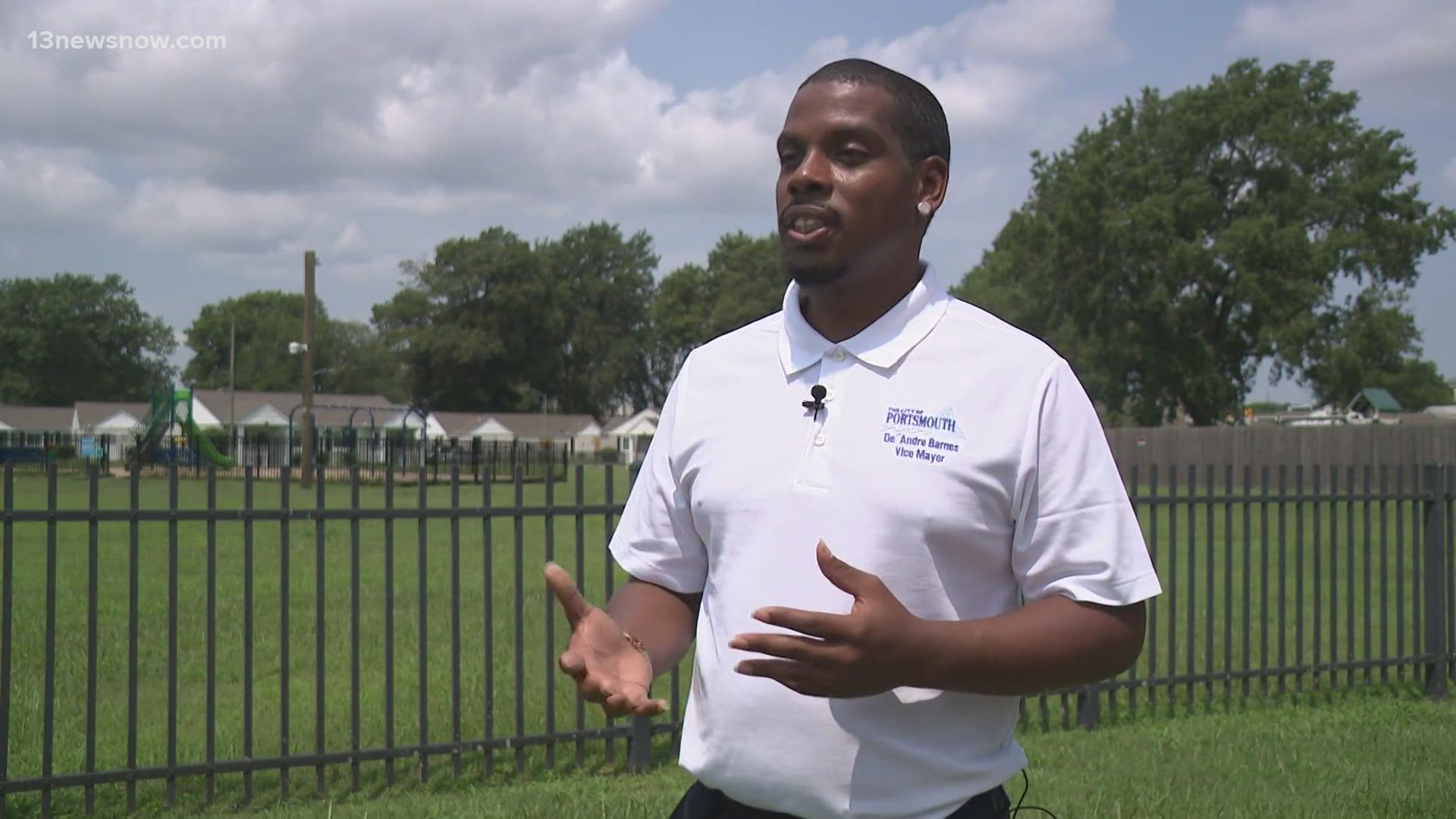 PORTSMOUTH, Va. — The City of Portsmouth created an anti-violence coalition to reduce crime in the area, but Vice Mayor De'Andre Barnes is skeptical.

The group has already started gathering, but Barnes said he was disappointed after attending one of the meetings.

The goal, she said, is to reach a comprehensive, city-wide strategic plan.

"The creation of a city-wide strategic plan is vital and it will not be done in a vacuum," she said Wednesday.

Barnes, who claims he attended one of the coalition meetings, said he does not think the meetings are long or consistent enough to dig deep into the issues and reach substantive outcomes.

"It is not cool to act like we are doing something about the issues to make people feel safe, when they are not," he said.

The coalition consists of the city manager, mayor, Portsmouth Public Schools, Parks, Recreation & Tourism, the Friends of the Portsmouth Juvenile Court, and the ACT NOW Coalition.

Woodson mentioned that when asked in a recent city council meeting, the city manager projected it could take six months to reach a plan. Though Woodson remains adamant the timeframe was only a projection, Barnes said there needs to be more urgency because problems did not appear all of a sudden.

"What you have now is the chickens coming home to roost. For years there hasn’t been anything in this city for our children. So you get the results now," he said.

Another child was shot Sunday in Portsmouth.

On December 21, 2018, Barnes’ 12-year old cousin was shot and killed in the neighborhood where the vice mayor grew up.  Police arrested a 14-year-old for the shooting.

"The city hasn’t done their job, yet," he said. "We’re talking about everybody else doing their job but we don’t.”

Barnes thinks there are immediate steps that could help, including opening recreation centers on weekends and offering job programs for teens.

“With a stipulation on it that if we provide them with a job they have to go back and get their GED or get their diploma," said Barnes.

He also suggested investing money into community groups and people who are working in the at-risk neighborhoods.

"It takes money to do things," he said. "We can say we want to partner with them, but if we're not going to actually help them, partner and give them the resources that they need, what’s the purpose of acting like we are going to work with them?”

Right now, communities across Hampton Road are trying to solve the issues of violence, including crimes involving young people.

Barnes also said city leaders need to bring people from the most impacted neighborhoods to the table in any groups aimed to foster solutions.