The shipyard says two more electromagnetic lifts are in the process of being certified. That would mean that seven of the ship's elevators still do not function. 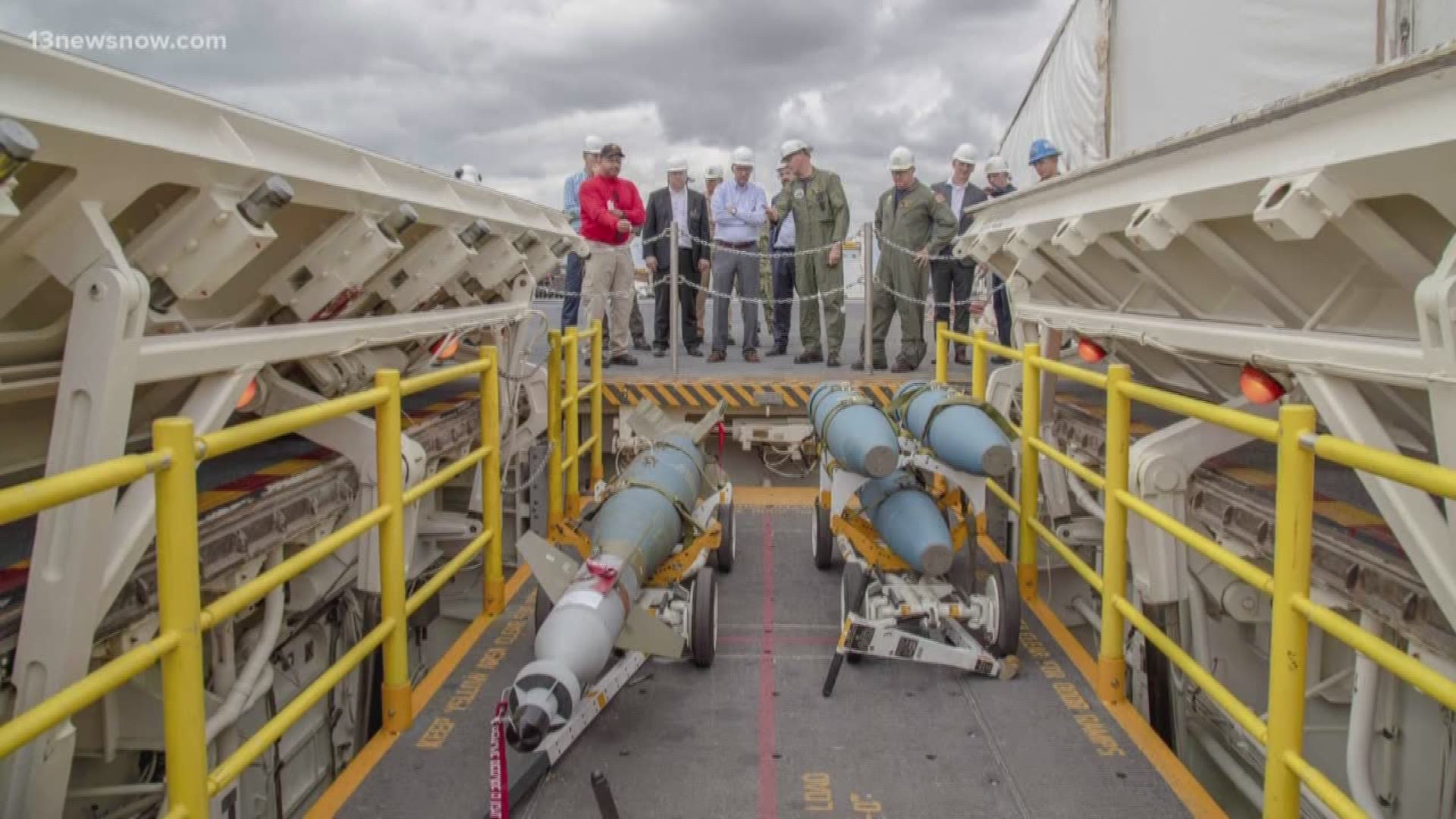 But, only two of the ship's 11 electro-magnetic elevators currently work

A third elevator and fourth elevator have completed testing and are awaiting certification.

"I went over to Newport News Shipbuilding a few weeks ago, spent the majority of a day there touring the Ford and the John F. Kennedy, trying to understand the technical challenges that they are having with the elevators," she said. "And, even if we get to three of 11 functioning, it provides no ability whatsoever to move the ammunition up from the magazine up to the flight deck in order to arm the aircraft and deploy."

Luria added: "As a taxpayer, we have an aircraft carrier that can't deploy and is not ready to deploy in the foreseeable future."

In a statement to 13 News Now, Newport News Shipbuilding said:

We are committed to working through the remaining build and test challenges on this system as quickly as possible, and to test, certify and turn over all of the weapons elevators to the Navy safely and efficiently.

The shipyard adds that lessons learned from the Ford are being applied to the USS John F. Kennedy and future aircraft carriers.