Two bills sponsored by Rep. Luria passed out of committee

House Committee on Veterans’ Affairs passed 18 bills, two of which were sponsored by Congresswoman Elaine Luria. 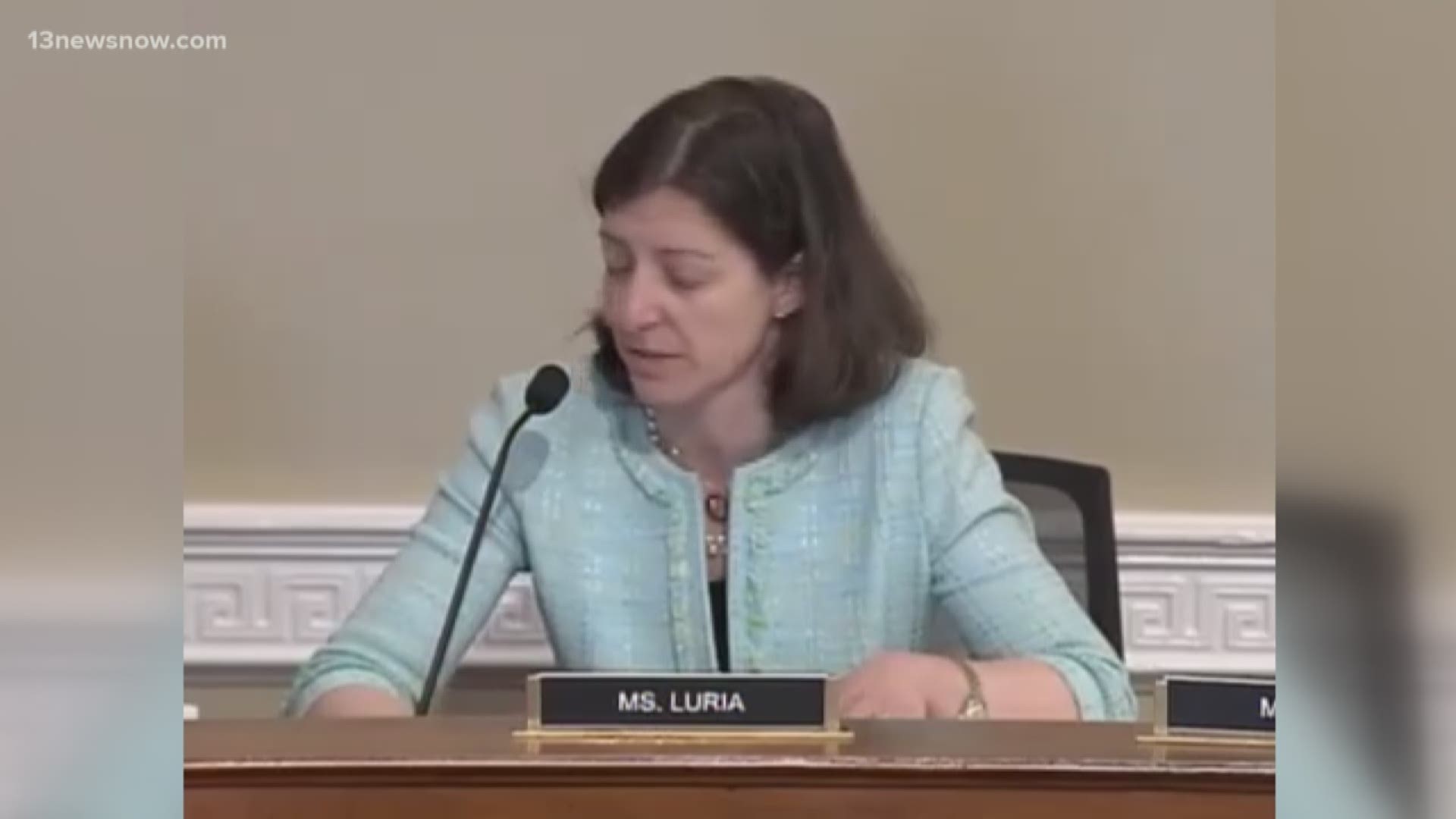 WASHINGTON, D.C., USA — Congresswoman Elaine Luria participated in her first full-committee bill markup as a member of the House Committee on Veterans’ Affairs on Wednesday.

The committee passed 18 bills during the markup, including two sponsored by Rep. Luria.

Markup is when congressional committees and subcommittees debate, amend, and rewrite proposed legislation before passing them to the full Senate or House of Representatives.

Luria made the following statements during the committee markup:

“Our veterans put their lives on the line to keep America safe, and I remain committed to ensuring they receive the benefits they’ve earned,” Congresswoman Luria said. “As a Navy veteran myself, it’s been an honor and a privilege introducing these bills, gathering bipartisan support, pushing them through subcommittees, and now getting them through full committee.”

Rep Luria's second bill, H.R. 1199, or the VA Website Accessibility Act of 2019, advocates for a study into the accessibility of the Department of Veterans’ Affairs website resources for veterans with disabilities.

Congresswoman Luria introduced this bill after meeting with blind veterans in order to ensure that all VA online resources are accessible to every veteran.

Bill H.R. 299, or the Blue Water Navy Vietnam Veterans Act of 2019, recognizes the diseases that were caused by exposure to Agent Orange during the Vietnam War.

Congresswoman Luria is fighting for this bill to help those veterans who had complications develop from their service be recognized and receive treatment and compensation.

The second bill Luria cosponsored that passed to the House of the Representatives was H.R. 95, or the Homeless Veteran Families Act. This bill would assist the dependents of homeless veterans, including those dependents in per diem grants.

Click here for a full list of the 18 bills passed by the House Committee on Veterans’ Affairs on Wednesday.