Hampton Police are investigating a crash that killed one woman and sent three children and another adult to the hospital. Police said their injuries aren't serious. 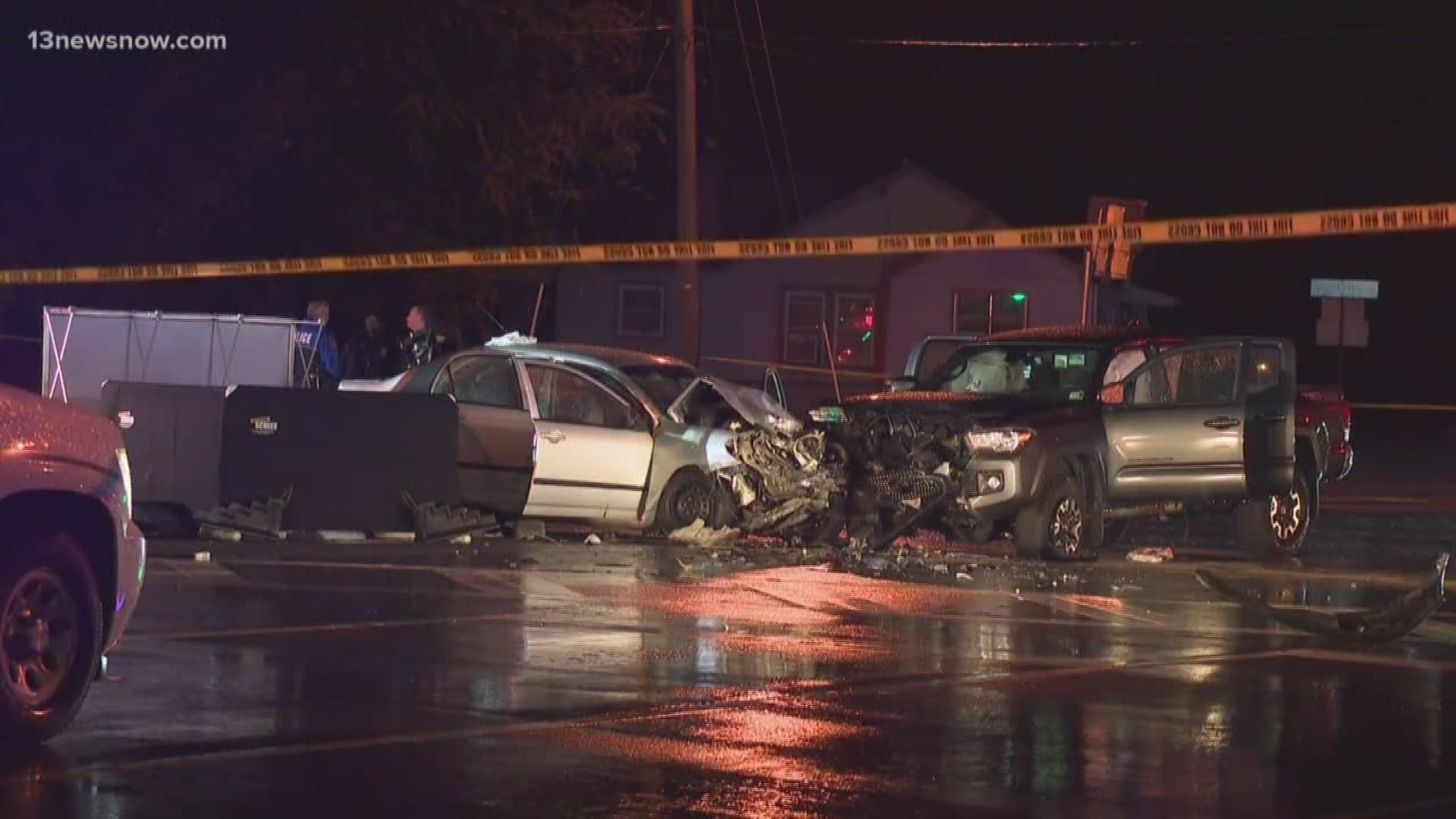 HAMPTON, Va. — A woman died and four others were taken to the hospital after a crash involving a Toyota Corolla and a pickup truck.

Donshe Rogers was a passenger the Corolla. She died at the scene. The four other people in the Corolla, three children and another woman were taken to local hospitals with non-life-threatening injuries.

The driver of the pickup truck was a woman from Portsmouth. She was treated at the scene.

The crash happened at Woodland Road and E. Mercury Boulevard.

Police haven't said how the crash happened. It is being investigated by the Hampton Police Division's Crash Reconstruction Team. They haven't filed any charges yet.