A casino in Norfolk? Voters weigh pros, cons before heading to polls

The referendum on the casino comes amid recent questions over who's funding the opposition "Vote No Casino" Informed Norfolk campaign. 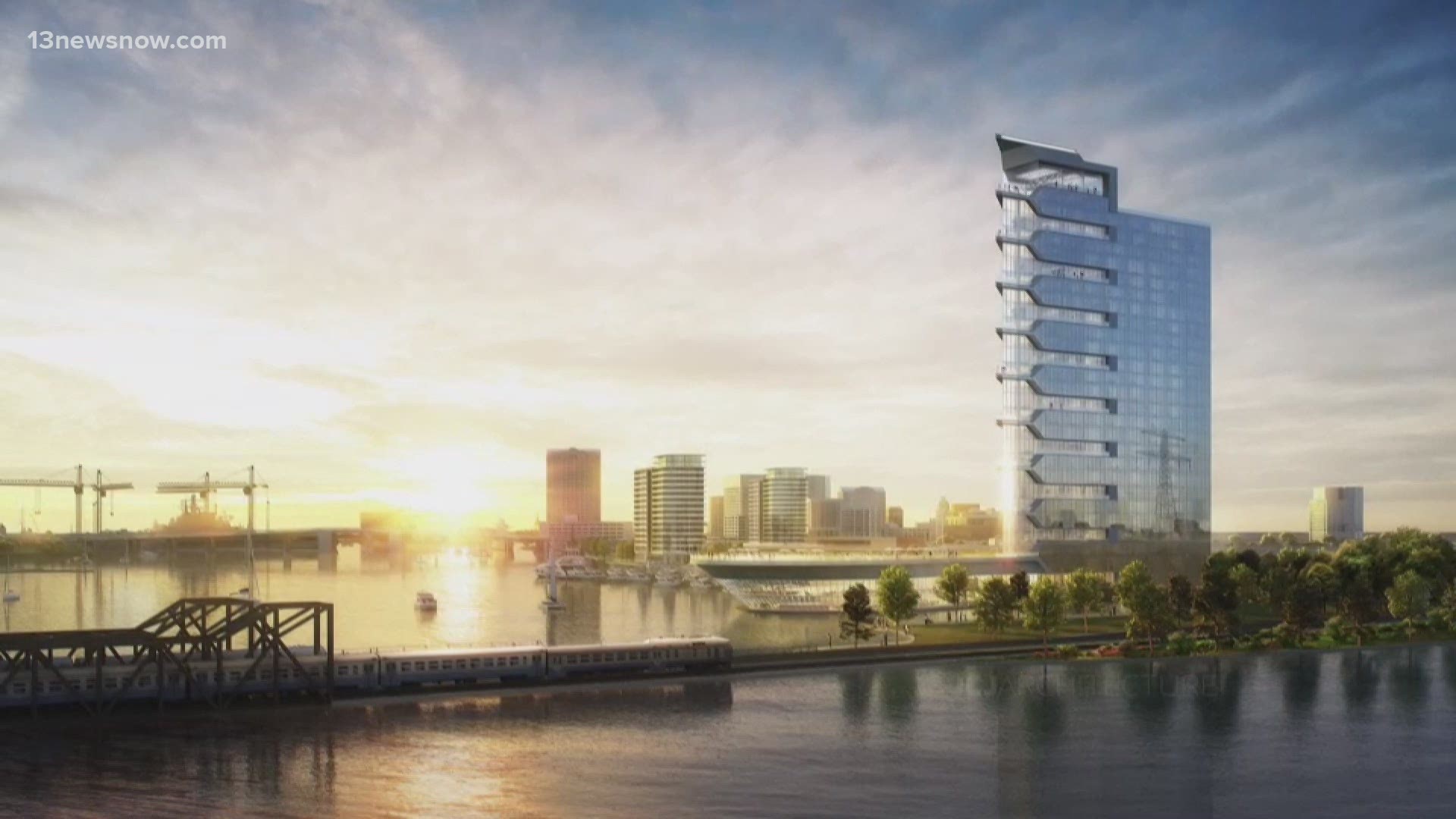 NORFOLK, Va. — Voters in Norfolk have some big decisions to make this election season.

They’re not only deciding between President Donald Trump and former Vice President Joe Biden, they’re also voting on whether they want a casino in their city.

The Pamunkey Indian Tribe already has plans on the table, they just need the go-ahead from voters.

“Norfolk doesn’t want to get left behind," Tribe spokesperson Jay Smith said. "Portsmouth, Bristol, Danville, and next year, Richmond, will all be moving forward, possibly with their own casino.”

But detractors, led by Informed Norfolk’s Vote No campaign, are questioning the deal.

"The process is just not right. It is a substandard approach to an unprecedented type of development," said Informed Norfolk's Jackie Glass.

Recently, questions have about who’s funding the Vote No campaign have cropped up.

“Every single one of their talking points starts with: ‘We’re not against casinos, we just think this is a bad deal.’ As if there’s another deal that’s somehow going to come along,” Smith said.

Informed Norfolk posted a list of donors on their Facebook page. Among them: Guy Fieri's Smokehouse, PBR Norfolk, and Blue Moon Taphouse. All of those restaurants are in Norfolk's Waterside District.

“We got money from Waterside restaurants, as well as other restaurants downtown,” Glass confirmed.

Casino operator Cordish is also the developer behind the Waterside District.

Smith noted: “There’s no secret, they want to open a casino in Norfolk.”

It’s an issue that’s raised concern in recent weeks, but Glass said Informed Norfolk is not affiliated with a casino.

“I just don’t want anyone selling the community a dream," Glass said. "The positives with the negatives. You have to weigh them both when you're developing."

The Tribe has touted the benefits of a casino for months. Among them: 2,500 permanent jobs, 2,000 construction jobs, and $30 million in tax revenue for Norfolk on top of an additional $50 million ear-marked for Virginia public schools.

"We believe that the more people that know about this project, the more that they support it," Smith said. "That's why we put more information on our website allinnorfolk.com than any of the other casino projects being proposed around the state."

The Tribe pledged 90% of the workforce would be local and 50% would be minority workers. They also plan to provide workforce training.

Taxpayers are not paying for any of the development, which Smith said will draw tourists to the city.

Glass questioned whether the benefits will come to fruition.

“The numbers are just assumptions, not based in an independent truth," she said. "So I get it. I see the big numbers, I get excited about it because I know our city needs the revenue, but if we're not looking at it without rose-colored glasses then we're setting ourselves up for failure."

Informed Norfolk members say the city moved too fast on the casino deal and didn’t consider other developers.

"I want the city to - whatever they develop, whether it is a casino or a Starbucks - to go through the process of making sure they are getting what's best for the community," Glass said.

She said she wants the city to hire an independent firm to conduct an "economic health study."

Glass also said the tourism industry has suffered under the pandemic and questioned if the casino will, in fact, draw visitors to the city.

She questioned the location of the proposed casino - according to proposals, it would sit on the waterfront, along the Elizabeth River (next to the Norfolk Tides' stadium). Glass wanted to know the impact construction would have on the environment.

"That specific area is an EPA-certified brownfield, which means if you build on there incorrectly, you'll seep toxins into the bay," Glass said. "There is going to be a cost to build out that seawall."

"Our environmental engineers have looked at that site, it is completely able to be developed," Smith said. "We're going to be the ones to pay for any remediation that has to be done."

Glass also brought up the Tribe's discriminatory "Black Laws" which were passed during the Civil War era. Glass said the laws removed any member with African-American heritage.

Smith said the Tribe repealed the laws last summer and made the decision retroactive so people with both Pamunkey and African-American heritage can apply to become of the Tribe.

Ultimately, it's up to Norfolk voters. The city's residents must decide where they stand on a casino.