Scott Taylor claims that Elaine Luria is making false and defamatory statements about him. The two are jockeying for the 2nd Congressional District seat in November. 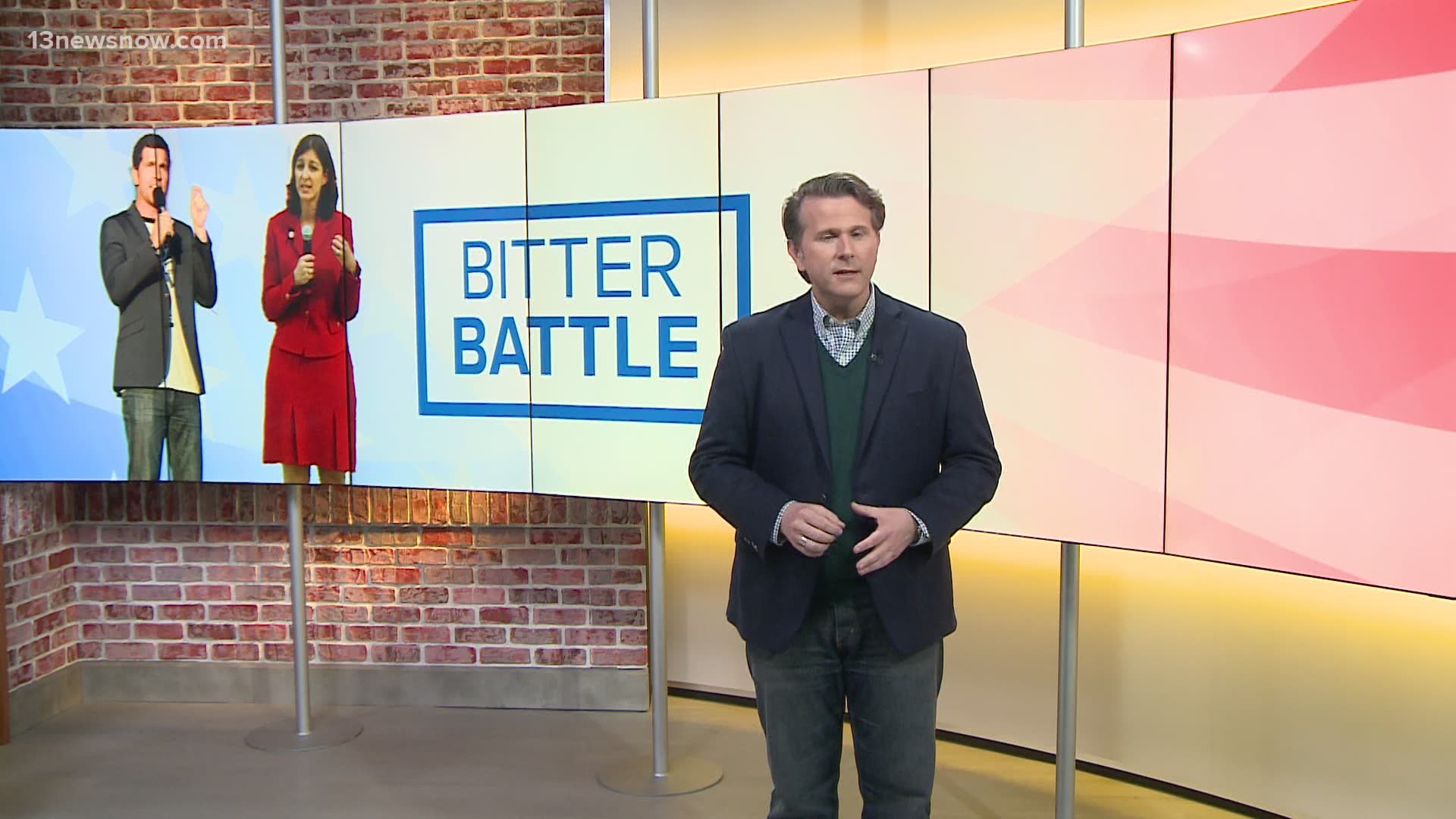 VIRGINIA BEACH, Va. — Scott Taylor is accusing Elaine Luria as well as her congressional and campaign staff of making "false and defamatory statements" about him.

That's according to Taylor who said on Tuesday that he sent a cease and desist letter to Luria.

In 2018, Republican Taylor lost his 2nd Congressional District seat to Democrat Luria in an election that flipped the majority in the House of Representatives from Republican to Democrat.

That year also marked the start of an investigation into Taylor's campaign over forged signatures on a petition to get independent candidate Shaun Brown on the ballot.

His former campaign staffer, Lauren Creekmore Peabody, was indicted on two counts of election fraud and ended up pleading guilty to a reduced misdemeanor charge of willful neglect of election duty.

Taylor denies any and all involvement in the matter, but court documents say that he and other campaign leaders instructed staffers to get signatures and help Brown qualify for the ballot in hopes of splitting the vote between Brown and now-Representative Elaine Luria.

Taylor continues to deny any allegations of wrongdoing.

“Regarding the 2018 petition collection, I had no knowledge of the wrongdoings of others, and I have never personally been under investigation," Taylor said. "When I learned of the unethical and totally unacceptable behavior conducted by former campaign staff, I was devastated and fired that campaign’s leadership. I am not currently and have never been under investigation.”

Now, he's trying to win his old seat back. He's already won the primary and he's set to face off against Luria in November.

Luria responded to Taylor's claims of defamation head-on. She released a statement on the cease-and-desist letter:

"Here is what we know to be true: Taylor’s campaign is still under investigation with more indictments likely. How high up it goes, only the Special Prosecutor knows. The direction to help put Shaun Brown on the ballot with fraudulent signatures was directed by Scott Taylor’s Virginia Beach Campaign Headquarters.” said the Elaine Luria Campaign. “There has already been one Taylor campaign worker who has pleaded guilty in this investigation with another campaign worker set for trial in September. We believe there are likely to be more indictments to follow. Taylor oversaw the day-to-day operations of his campaign in 2018, and trying to remove himself from any potential culpability before the case is resolved is premature, absurd, and demonstrates a lack of leadership and character. We look forward to hearing from the ultimate arbiter on this issue, the rule of law, and hope that Taylor’s campaign staff will start to cooperate with law enforcement as this investigation continues.”

13News Now reached out to the Roanoke Assistant Commonwealth's Attorney John Beamer who was part of the prosecution in Lauren Creekmore Peabody's case.

A trial is set in September for another former Taylor campaign staffer, Roberta Marciano. She was also charged with election fraud.

RELATED: Another ex-campaign staffer for Scott Taylor is charged

"The Luria campaign is engaging in blatant lies out of desperation. This feeble attempt to confuse voters is only to distract from Luria’s failure to competently serve her own constituents," Scott stated. "At all times, but especially during a global pandemic, our local elected officials must be available to listen to everyone in the community and eager to advocate for members of our community in need. Luria is falling far short of her duties to the voters. She is ineffective, unaccountable, and this lowly attempt to distract and confuse the voters from her pitiful record will not work."

Taylor continued: “Luria is spreading provably false lies about me to deflect from her own anemic record – it is dishonest, defamatory tactic, and she should know better. She and her staff have received formal, legal warning to stop making false claims immediately.”