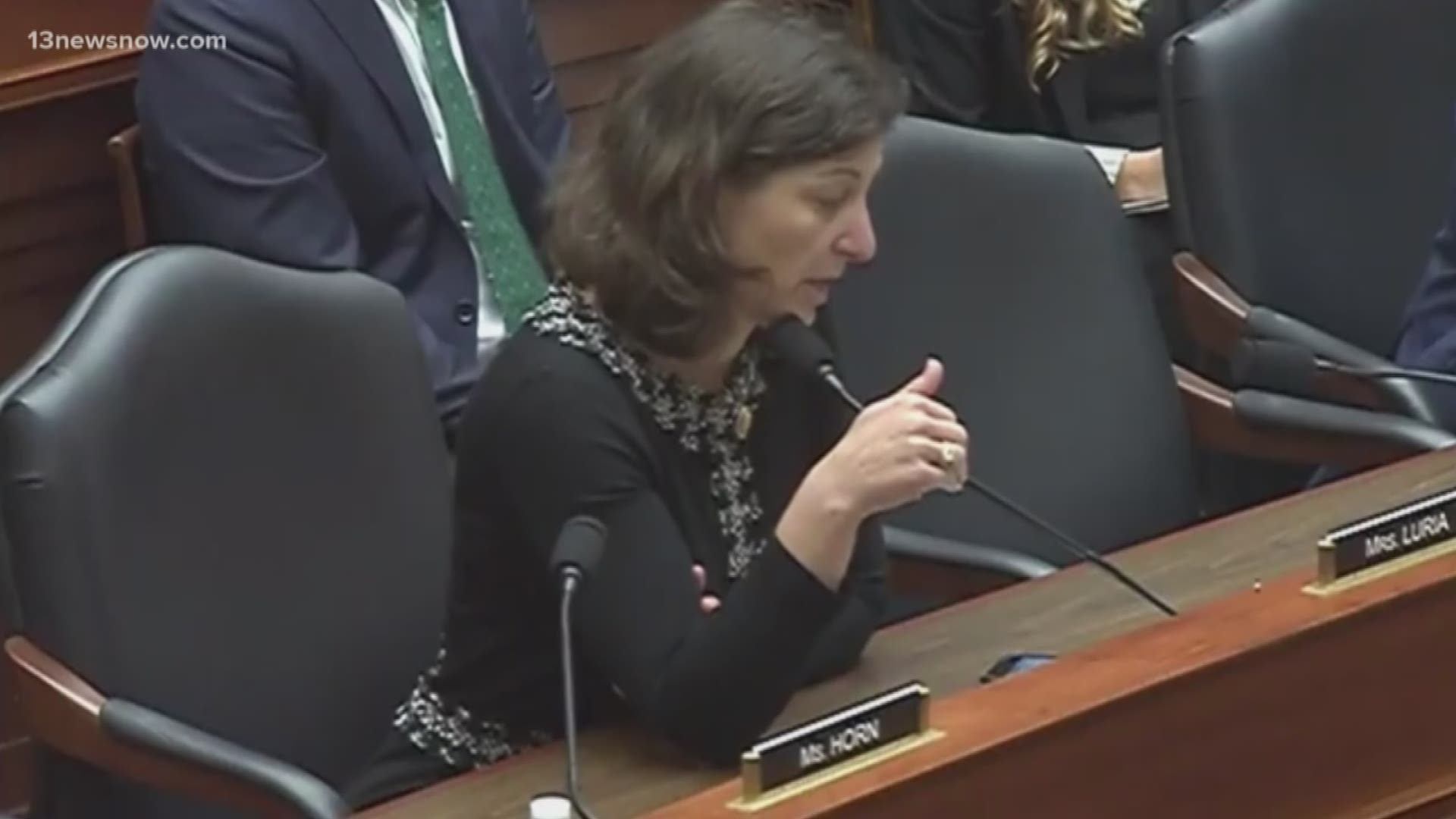 Later, Luria questioned VADM Moore, who led the FORD Program for five years. Rep. Luria asked for a schedule for the USS FORD’s deployment – something she has done multiple times without adequate follow-up from the Navy. Geurts responded and said he would be willing to share a schedule with Congresswoman Luria anytime, but later added he would have answers on operational deployment “in the next 30 days.”

When asked about the original delivery and deployment dates, VADM Moore said it should have been deployed in 2018, a year ago. Even though VADM Moore told Congresswoman Luria that Navy leaders have the capacity at Norfolk Naval Shipyard and Puget Sound Naval Shipyard to accomplish the fleet’s required carrier maintenance, she remained skeptical that the carriers could move through maintenance on time to ensure readiness and on-time deployments.

“I find it disappointing that the Secretary finds Congressional oversight disparaging. Here are the facts: The USS FORD will be six years delayed in its initial deployment, which causes incredible strain on the carrier fleet. Secretary Spencer himself promised the President that the weapons elevators would be fully functional by the end of this past summer,” Congresswoman Luria said. “It is now fall and no elevators accessing the ammunition storage areas are functioning, which results in a carrier with no combat capability. I have yet to see a detailed plan to fix the multitude of problems with these new technologies. The Navy accepted the design of these systems and accepted the ship in an incomplete state from HII, so it is absolutely my role to question Navy leadership on their current failure to deliver an operational ship to the fleet.”