Hampton City Council members withdrew the resolution out of concern it would be misinterpreted that Hampton would disobey state gun laws. 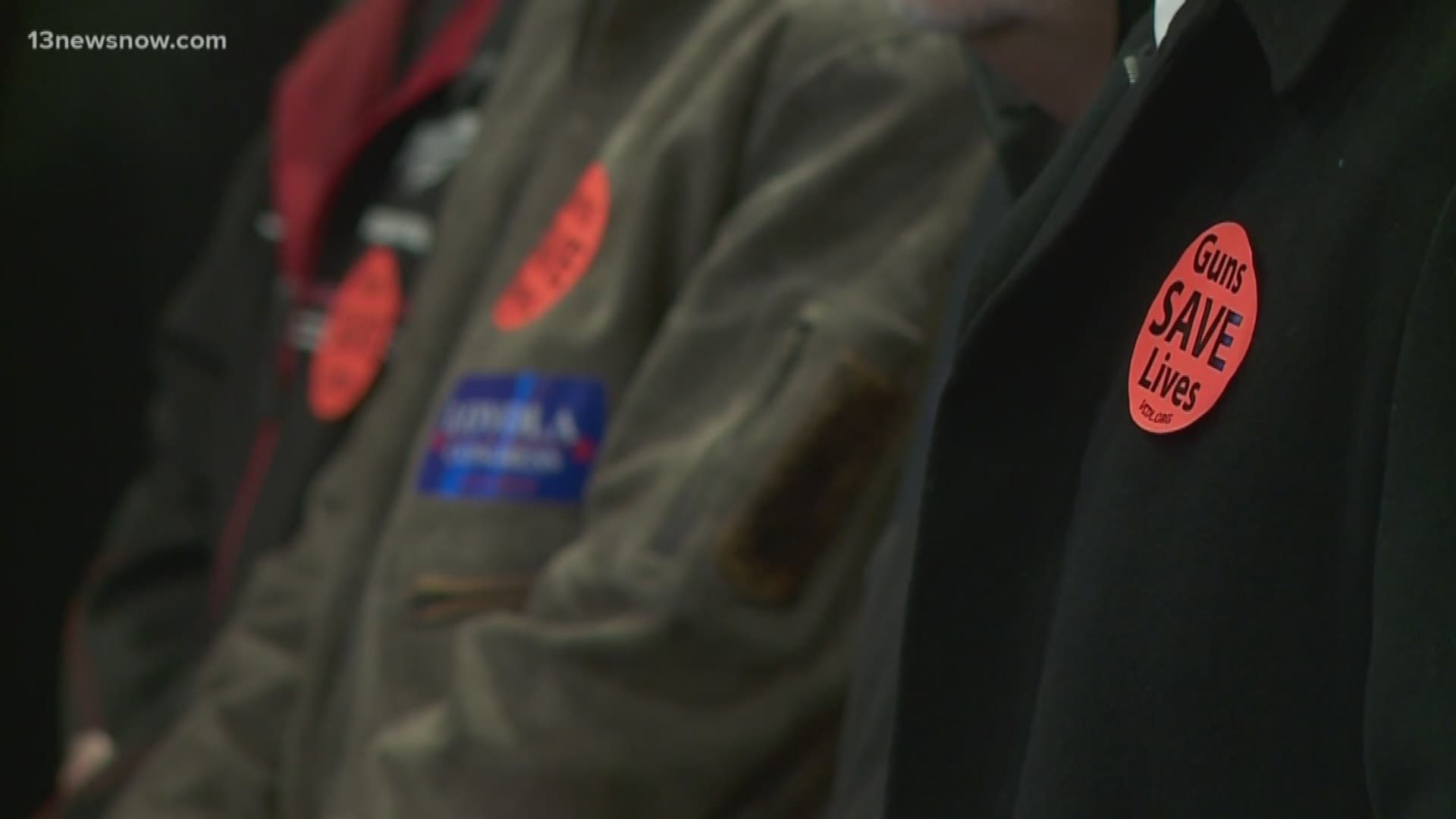 On Wednesday, council members met to discuss potentially taking up a resolution as many Virginia localities have. After a lengthy public comment segment from both gun rights proponents and opponents, Councilwoman Eleanor Brown moved to withdraw the resolution from consideration. No other council member spoke out against the motion, so the resolution was unanimously withdrawn.

She presented a joint council statement after the withdrawal citing that the city council believed the resolution would be misconstrued as a declaration that Hampton would not follow state gun laws.

Councilmembers plan on sending a statement to the General Assembly expressing the city's support of the Second Amendment even though they didn't pass a resolution.

Many gun-rights advocates stormed out of the meeting in frustration.

Last month, Hampton Mayor Donnie Tuck said it was too early to vote on a resolution because the General Assembly hadn't taken any action.

“All this resolution is about is sensible gun laws,” Hobbs said. “People aren't silent and want to be involved.”

However, Mayor Tuck said his position has not changed.

“I think it's premature. Some bills would criminalize our residents which is a concern,” Tuck said.

Members with the Hampton Branch of the NAACP want council members to know where they stand. They’re saying yes to sensible gun laws and no to becoming a Second Amendment Sanctuary city.

President of the local NAACP chapter Gaylene Kanoyton doesn't believe council is listening to the public.

“If council communicated with Hampton legislators we would not be here today, and that's why we're upset,” Kanoyton said.

Other cities and counties have adopted similar resolutions to the one Virginia Beach passed, the first in Hampton Roads being Gloucester County.

On December 3, Gloucester's Board of Supervisors unanimously passed a resolution to become a Second Amendment sanctuary. Mathews County did the same a couple of weeks later, as did Isle of Wight County, the city of Chesapeake and the city of Virginia Beach.

Attorney General Mark Herring has said those resolutions have “no legal effect” and that localities must follow gun violence prevention measures passed by the General Assembly.