York County Board of Supervisors votes to become a 'Constitutional County'

The Board of Supervisors voted 4-1 for the 'Constitutional County' resolution. The resolution states the county will continue to uphold the U.S. Constitution. 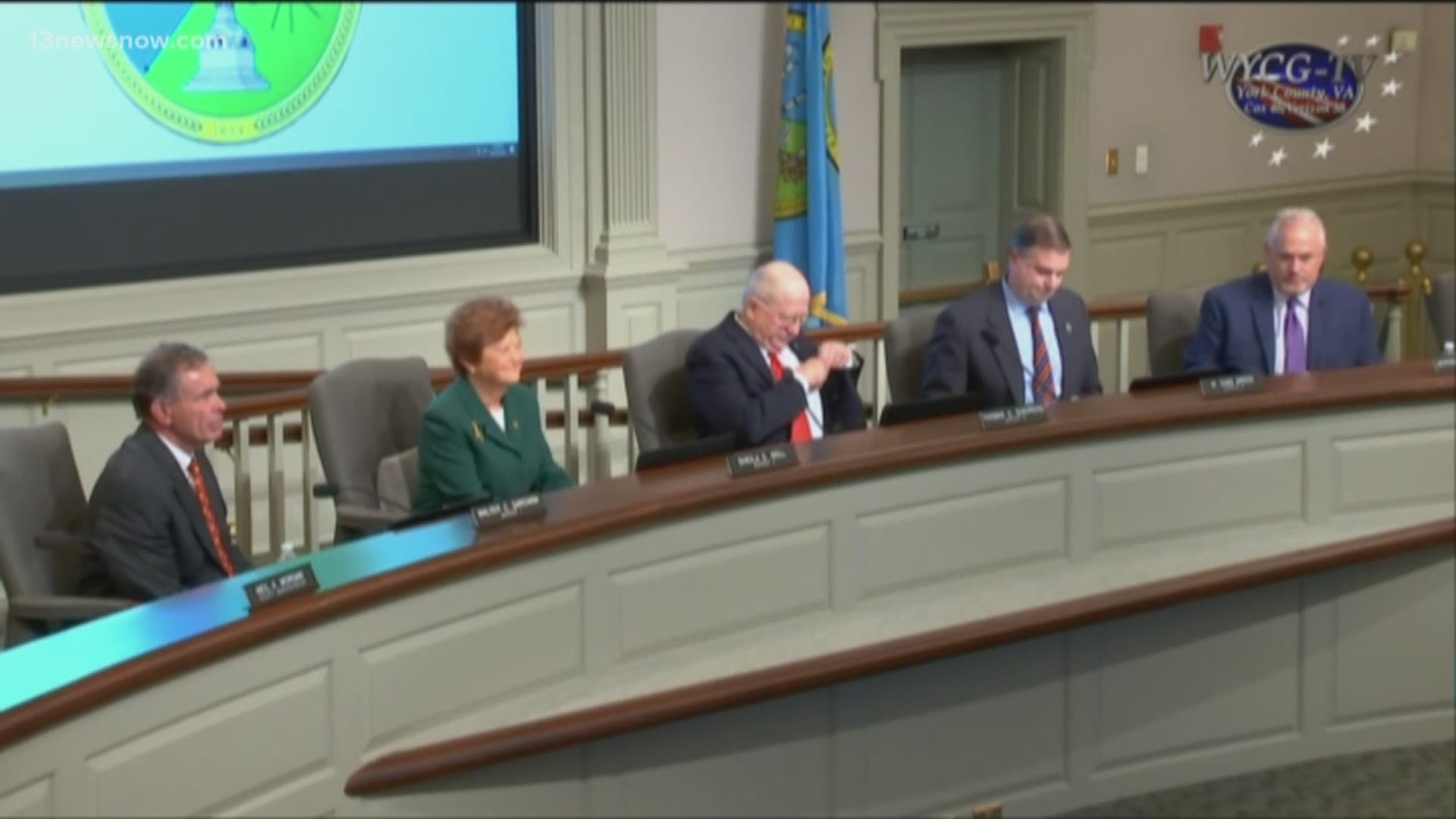 Sheila Noll was the only member of the board to vote against the resolution.

While she was making comments, Noll said she struggled with the resolution and it's unlike any others in the 24 years that she's served.

Noll said she was torn because she supports the second amendment and gun rights, but disagreed with the process. She said the resolution came too soon and too fast for a thorough vetting of the legal ramifications the county might face.

Walter Zaremba and the County Attorney James Barnett, Jr. discussed the Dillon Rule which means the General Assembly has to give localities authority, local governments don't give authority to the state.

Zaremba noted that the resolution simply sends a message to the General Assembly because localities don't have the authority to overturn state laws, laws can only be overturned in the courts, and that's only if they're illegal.

Jeffrey Wassmer agreed with a point Zaremba made that these resolutions show the importance of which representatives that voters send to the General Assembly.

Wassmer said he is for obeying laws and he expects the Sheriff of York County, who takes an oath, to obey and uphold the laws. He said we need to ensure the representatives voters send to Richmond and above are those that align with the values in York County.

Thomas Shepperd, Jr., the chair of the board thanked everyone for the emails and calls they received.

He said it's necessary to make noise now and to speak out before a bill is passed.

"We've been blindsided in this county so many times by things being snuck around on us that we're just tired of it," said Shepperd. "I really appreciate the fact of what you're trying to do."

Shepperd added that he wasn't even aware of some of the bills that were brought up by community members.

"It's time to make the noise and you've been doing that successfully," Shepperd said.

Board member W. Chad Green chose not to make a comment at the meeting.

RELATED: This Virginia Republican urges people to give their friends guns for Christmas