A petition against the land sale proposal council approved in September with more than 3,000 was presented at Tuesday's meeting. Now public meetings are needed. 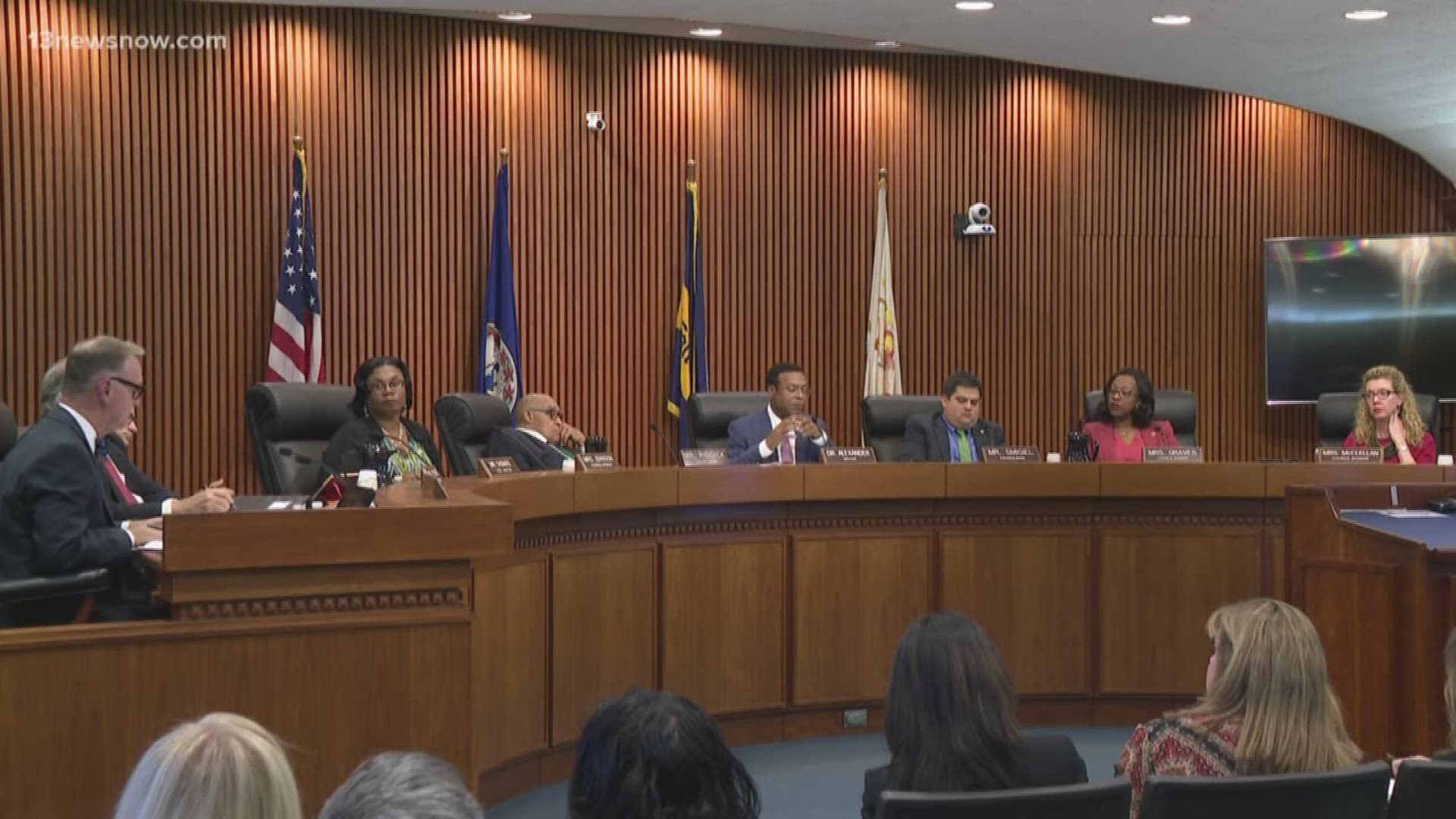 NORFOLK, Va. — Some Norfolk residents are adamant: They believe the casino deal with the Pamunkey Tribe is no good and one city council member has their back.

'Citizens for an informed Norfolk' told 13News Now Monday that it's not against the casino, the members just want more information and more involvement.

RELATED: Casino petitioners plan to turn in thousands of signatures to city council

At Tuesday night's council meeting, the group presented a petition against the land sale proposal to city council. The petition had more than 3,000 signatures, most of which were collected outside polling places on election day.

The petition is against the land sale proposal that was approved by city council with a 7 to 1 vote in September. It's the second attempt to reverse that vote.

As of Tuesday night, she still condemns how the proposal and subsequent vote unfolded.

But the discussion about the casino at Tuesday's council started with a twist.

Mayor Kenny Alexander established a committee to study gaming in Norfolk and the rest of city council approved the committee unanimously.

McClellan did reference a state legislative study that was released Monday on gaming laws in Virginia and suggested that Norfolk has been going about the process for a casino all wrong.

"This process is not correct. We could correct it. This could happen. A casino might be a great thing for Norfolk. But we just have not gone through the process and we have rushed this," McClellan said.

Mayor Alexander didn't speak to that, but did clarify the reason for the commission.

"Part of what we decided to do here is to provide information for citizens to have a better understanding of all the options as it relates to gaming in the Commonwealth of Virginia," said Alexander.

So what's next in the battle over a casino in Norfolk?

A public meeting has to be held on the petition.

Council set up two meetings in mid-December, anticipating a large crowd. The meetings are scheduled for December 16 at Granby High School and December 19 at Lake Taylor High School.