Chicago-based risk management consulting firm Hillard Heintze is presenting information from its investigation into the May 31 Virginia Beach mass shooting. 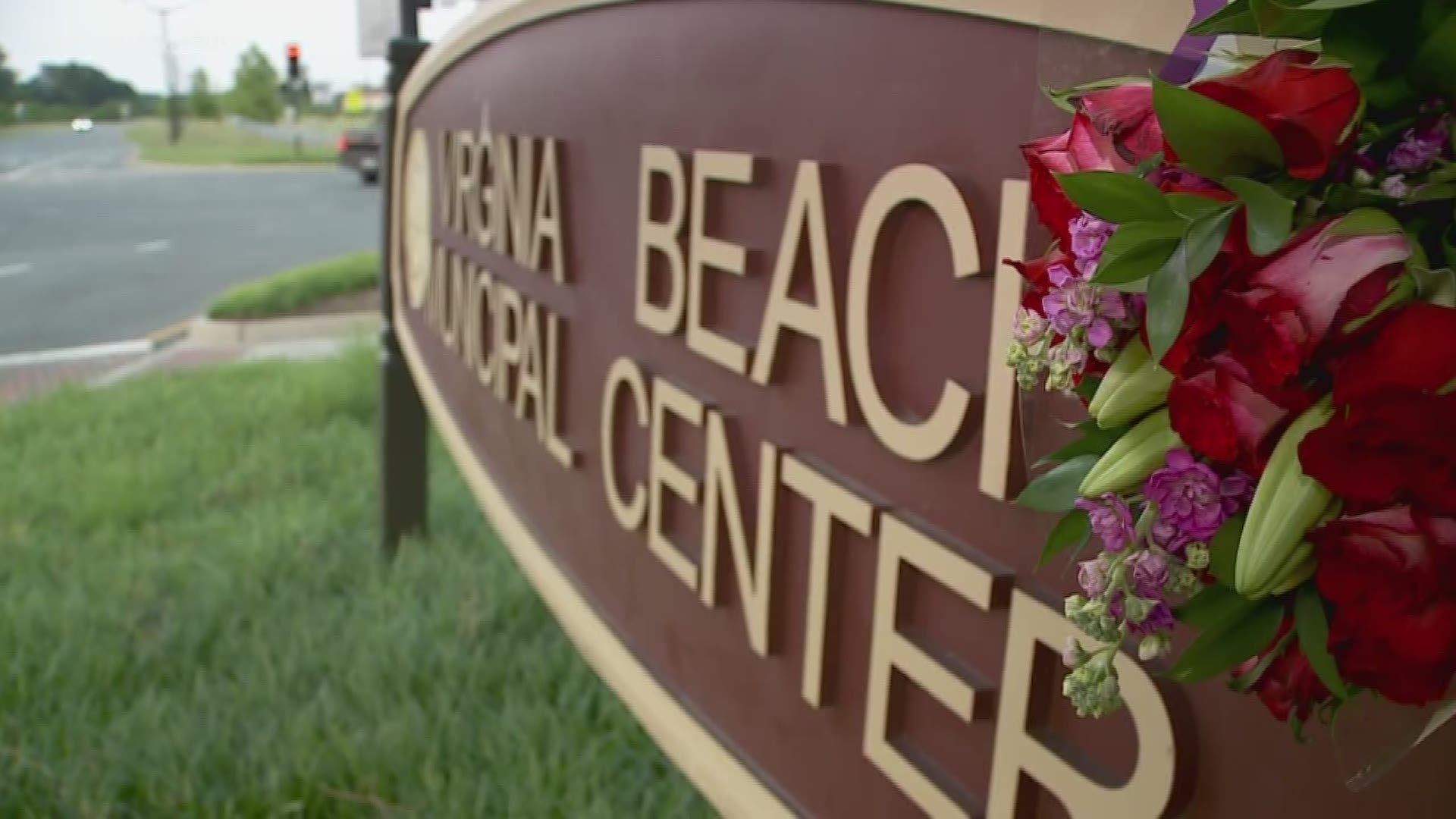 VIRGINIA BEACH, Va. — The public is finally learning what the independent investigation into the May 31 Virginia Beach Municipal Center mass shooting uncovered, but not everyone got the answers they wanted.

The team from Chicago-Based risk management consulting firm Hillard Heintze spoke before city council detailing the results of its independent investigation at a special session on Wednesday, November 13.

Investigators looked into a variety of issues surrounding the shooting including a motive. The hope of the investigation is to provide survivors, victims' families and the public with answers.

The Hillard Heintze investigation found some risk factors like weapon purchases and isolation from family but could not find a "definitive motive for the attack."

Hillard Heintze investigators explained for a "definitive motive" a manifesto or document outlining and explaining the shooter's reasons for the shooting would have to be found. Hillard Heintze could not find that. The only thing they did not have access to was the shooter's personal computer.

If a manifesto was saved on the shooter's personal computer, we won't know until the FBI releases their findings, which is still months away.

Hillard Heintze also said there were "isolated comments" reporting a toxic culture but overall there was not enough evidence, reports or opinions to support the idea that a toxic work environment is a problem for the City of Virginia Beach.

In December 2016, the shooter had issues at work about missing contractor checks on his projects and the shooter's mishandling of checks was documented in a management letter in January 2017. After this, the shooter emailed his supervisor saying his work was above average, but his salary didn't reflect that.

In June 2017, the shooter emailed his supervisor complaining that he was being assigned projects above his paygrade. The shooter was then placed on a Performance Improvement Plan. He said he felt like he was being "singled out" for unsatisfactory work performance.

Just over a year later, he was given a written reprimand for poor performance and a Letter of Performance Expectations. He gave a verbal grievance to his supervisor about the reprimand, to which the supervisor verbally responded.

In August 2018, the shooter was given an "Improvement Required - PIP Required" evaluation due to poor performance.

I hold my position with the City of Virginia Beach in Public Utilities Design & Construction in high regard and I appreciate those opportunities where I get to express my creativity through design. I am also happy to work for an organization that believes in diversity, inclusion, and the ethical treatment of its employees and is willing to hold individuals accountable who fail to meet these requirements.

He submitted a written grievance to this supervisor and another to his Department Head to remove the reprimand complaining that he was being discriminated against by being assigned critical projects above his paygrade.

In the hand-written statement he said:

I am in disagreement with the assigned scores and accusations. I feel that I am being placed at a different level of scrutiny than my peers. I [sic] clearly being asked in some cases to meet a level of expectation that did not exist with the performance of my job. What this means is that anything can be unfairly called into question.

In an email he said:

I would like to revise my remarks on the Performance Evaluation Form for Employee Comments. I felt a little under the gun and I have developed a more appropriate response. I know I have an additional (30) days to finalize the document. My revised comment is listed below. Response: I do love being a City employee, but I am clearly being blindsided and railroaded in this review which is directly related to the recent reprimand that was issued simultaneously. Please refer to my grievance in response to that reprimand. Up until a month ago I was completely unaware that any issue exists with my performance. These allegations are trumped up and exaggerated. Below are my quick responses to the claims.

He then outlined a detailed seven-point, page-and-a-half response.

He wrote an email that he was concerned he was being "sandbagged," but never sent it.

The investigation was able to refute the rumors that the shooter was disgruntled and angry about being passed over for a promotion.

Investigators found the shooter wrote emails in April 2019 about discipline he was receiving that he thought was unjust. Those emails were never sent. The emails included his perceptions of his professional relationships and stressors and some irrational and suspicious beliefs.

The shooter visited websites of other mass shootings in May 2018 on his personal cell phone, more than a year before the shooting, and used his Smart TV Guide in January 2019 to visit a news report about the Orland Square Mall shooting, but he never communicated his intent for the May 31 mass shooting.

On May 20, 2019, he searched for maps of Building 2 and the Municipal Center on his computer. Four days later, he bought three rifle gun magazines and a rifle case.

On May 28, 2019, the shooter emailed the contracts unit for an expedited payment for a $3,027.48 contractor invoice for which funds had not been properly approved. The Contracts specialist replied the next day asking for additional information and justification for the purchase and to email the City Procurement Officer with the request.

The shooter played the voicemail for his supervisors and emailed his supervisor about how he would respond to the Procurement Officer's email. Another employee received a pre-dismissal letter from supervisors and a Virginia Beach police officer was posted at Building 2 as a precaution.

The day before the shooting, the other employee was fired and a supervisor escorted him out of the building. After that, the shooter said he was too upset to meet with the Procurement Officer and said he would pay the $3,027.48 payment from his personal checking account to correct the error.

Later that night, he placed a 54-second call from his cell phone to his desk phone, called his ex-wife, in which he was apologetic in nature, and called his mother and referred to problems with supervisors at work as well as his insomnia, but was otherwise upbeat in tone.

Hillard Heintze did not have access to the shooter's personal computer because it's in FBI possession and part of the FBI investigation.

Hillard Heintze said that training on workplace violation prevention is needed within the City of Virginia Beach, employee reporting protocol changes and Human Resource management of employee reports needs a new focus. The team recommended a centralized Human Resources model for the future.

Hillard Heintze CEO Arnette F. Heintze said on September 24 that the timeline for the investigation was extended past the original projected end date of early-October for several reasons including the level of outreach engagement and thousands of pieces of "electronic communication."

Read Hillard Heintze's executive summary of its report below.